Smart City is a poignant and frequently discussed topic in our society. Traffic congestion, air pollution, crowdedness and other problems of million-plus cities urge us to seek efficient solutions that could improve the quality of life.

In line with Infopulse R&D activities and our sincere aspiration to contribute to the Ukrainian Smart City development, Infopulse Innovations Lab designed a MyParking project for smart cities. The first part of the project was developed during a 48-hour IoT Hackathon, and later enhanced using the Computer Vision technology.

Discover how we applied IoT and Computer Vision to build a Smart Parking solution in our new blog post.

Infopulse has been working on ideas and projects for smart cities for quite some time. One of such examples is the Lviv E-Governance Self-Service Portal that provides citizens with online administrative services.

A concept of a new Smart City project appeared when we were actively reviewing new ideas for IoT products. Many Infopulse specialists were concerned with the lack of parking lots in overcrowded places. It has always been an evergreen issue for any driver to find a vacant slot in the city center during the business hours. The average search time could take from 5 to 20 minutes not talking about extra liters of gas. 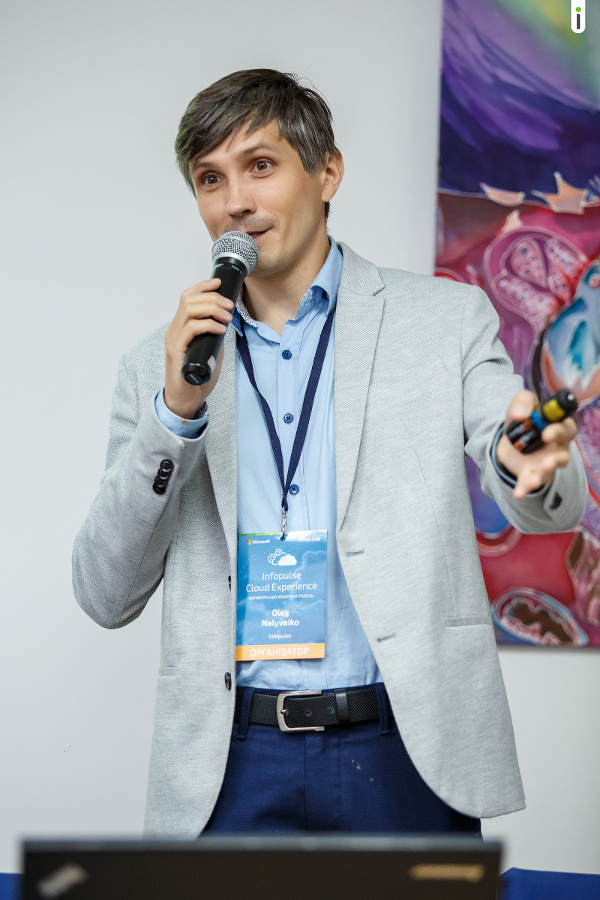 In Infopulse, many initiative and motivated IT specialists are willing to make our future better utilizing innovative technologies. Participating in hackathons and creating such projects like MyParking, allows us to form fresh ideas in short sprints and trial-test them in living environments.

The interest in the project that could save the drivers’ time, money for gas, decrease traffic, and air pollution, urged the team to develop two solutions, complementing each other and saving resources on their realization:

Let’s review both cases one by one.

Garage48 IoT Hackathon 2016 became a good jumpstart to enhance our smart parking ideas, develop the proof of concept and amplify the company’s competencies in IoT area, and later on to improve our initial idea using the Computer Vision technology.

MyParking project met the main requirement of Hackathon 2016, which was to present innovations that brought practical solutions for smart living environments.

The volunteer team of MyParking project consisted of managers, marketers, developers, hardware engineers, and designers. All the members were willing to contribute their free time and participate in the rapid application development with IoT and Computer Vision technologies.

When Artem Butrii, Infopulse Delivery Manager, presented his first ideas and insights, the team realized they needed to implement considerable changes to the IoT project to meet essential market requirements.

Infopulse project manager Oleg Nalyvaiko and his team studied examples of existing Smart Parking solutions created by Intel and Bosch. This helped to analyze the market of smart parking solutions, design our own product vision and find new approaches to the problem.

For instance, Bosch smart parking sensor operated in a similar manner to the Infopulse project. Yet, an estimated price could reach $100 for such a device, making it too costly for the mass production in Ukraine.

Another example is a Siemens Smart Parking system with its overhead radar sensors mounted on the streetlights. Its disadvantage is a limited number of slots the radar can cover since in many cities the streetlights are not homogeneously located on all parking lots.

The Infopulse team needed to develop such a solution that could match the budgets of parking lot owners or city councils. The success of such a device largely depended on its cost and functionality. The price for the final product had to be approximately $5 – a reasonable, fair and affordable amount. Moreover, the team wanted to make a small device so that it could be easily installed under the surface of any parking lot. It was a significant challenge to find an appropriate technical solution a month before the hackathon.

The primary task of the team was to build an efficient basis for the parking sensors. During the preparation to the hackathon, they found wireless, cheap, and long-life microcontrollers that could be easily mounted with sensors into the pavement of parking lots. Low-energy consumption of such devices allowed them to work for at least 5 years from one battery. It was decided to use a pressure resistant hull to protect the device from damages and save resources on its maintenance. 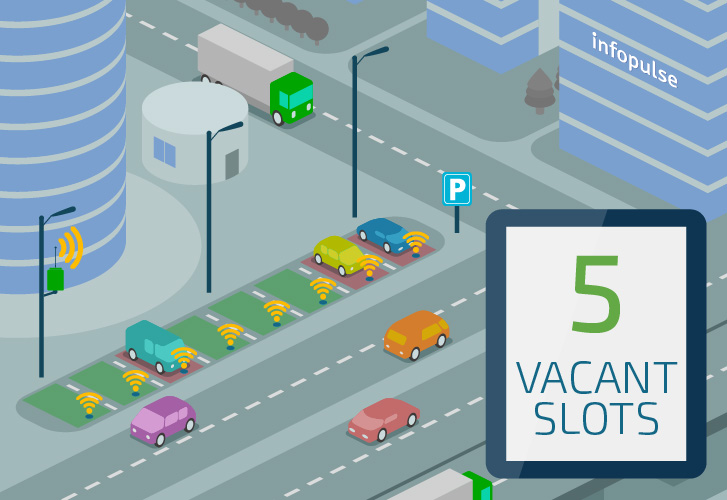 This project received a high appraisal from the hackathon judges and got “The Best Business Case” award during the 48-hour IoT Hackathon. However, our efforts didn’t stop here as we saw room for the further improvements.

Another complementary solution based on our computer vision project ideas for MyParking was to use video surveillance cameras in the parking lots. They would also deliver information about the position of parked cars and vacant places to the cloud. However, it allowed extracting more data and, as a result, broadening the functionality of the system.

While magnet field sensors were unable to discern the license plates and car models, surveillance cameras could operate with more functions. The team applied Computer Vision algorithms and machine learning to determine free parking slots, the plate numbers of surrounding cars and even their models. Such a solution would allow to automate payments, detect violations and solve crimes, such as car thefts.

We used the following technologies: 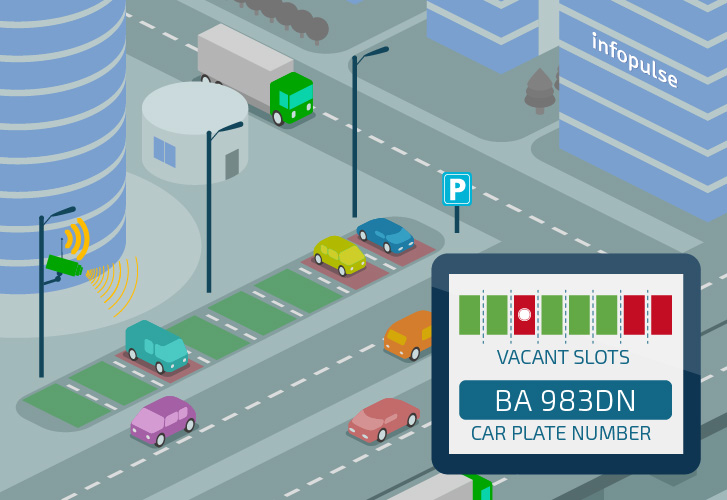 If we assess the need for extra resources or expenses, Computer Vision solution is easier to implement as many parking lots already have surveillance cameras installed.

With these two solutions, our team demonstrated how to develop a competitive business model, affordable for both city councils and car owners and design a product that could offer more benefits compared to the existing products. The low cost of production and equipment of parking lots with ready-to-use sensors, the simplicity of mounting devices and their maintenance are the strongest sides of our solutions.

MyParking project effectively strengthened our company’s expertise showcasing the utilization of IoT and Computer Vision technologies in the development of a smart city and allowed Infopulse to move to even more complex projects.

Read our next article about how we took part in Kaggle Data Science Bowl 2017 with our lung cancer detection project.