Home / Blog / Cloud DevOps as a Part of Digital Transformation

Cloud DevOps as a Part of Digital Transformation

It sounds like a terrible cliché – “Everybody’s doing it.” But in the case of enterprise IT, there is a shift to adoption of cloud technologies that will be transformative, and everybody will be doing it. In fact, spending on the cloud adoption is expected to be better than 6 times the rate of overall IT spending from 2015 through 2020.

For enterprises, cloud technology means faster IT services development, greater speed in delivering customer services and applications, and business ability to be agile and more competitive.

When all of this is coupled with current tools and the more agile concept of DevOps, the benefits for business are undeniable. DevOps in the cloud, in fact, can bring about a digital transformation that impacts the operations within an enterprise, the to-market delivery time, the customer experience, and the ultimate revenue bottom line.

How DevOps Adoption Can Improve Your Operations: The Numbers

In January, 2017, an Interop ITX survey of over 300 IT professionals from a variety of sectors reported that over 50% currently use DevOps exclusively or in combination with other development processes. Only 20% of the respondents said that they had no plans to move toward DevOps within the next 12 months.

Of those who were relatively new to the DevOps methodology, 25% stated that it was already leading to reduced costs; and 20% reported that it had led to increased revenue.

In terms of migrating to the cloud for development, an Evans Data Survey reported that developers who used cloud platform development reduce their overall development time by an average of 11.6%. According to the survey, this time saving is largely due to the platform’s ability to streamline the process. Some developers, in fact, reported time savings up to 30%.

So what is DevOps and DevOps Methodology?

A simple definition is a melding of software development and operations between two functions that were traditionally separate. DevOps methodology is a recognition that these two functions are interdependent and when they operate as a single unit, they can deploy software more frequently and maintain stability of service for customers.

Specifically, operations and development teams now work closely together during the entire product lifecycle, with the operational staff (system administrators/engineers, DBAs, network and security teams etc) using a number of the same techniques as developers for their work.

Here are the main components of an agile DevOps model:

This list is generally accepted as the essential DevOps best practices. The layering principle here is to promote collaborative quality code writing with frequent, automated testing, looking at the bigger picture, easier decision-making regarding release, and working in small and sequential steps with immediate feedback regarding code defects.

Process Steps for DevOps Success in the Cloud

Embracing cloud DevOps requires from its architects significant initial changes – in people, in processes and in technology. The following steps will all be critical during the transitional stage.

An organization must first assess the level of “maturity.” Enterprises may find themselves quite immature, with total separation of development and operations functions and manual processes only to one in which there is already collaboration between developers and IT operations and perhaps even some cloud presence, at least in experimentation with some basic organizational functions.

This is a big step – perhaps the biggest. Because it will mean a systemic change in both people and processes. It means identifying the skills that are needed and the gaps that exist. A plan will have to be developed to fill the gaps. There needs to be a DevOps manager and, at the very least, a re-training of people.

Here, you must think automation and agile. The process must include continuous development, integration, testing, deployment, assessment, and operations. At this point, it is important to identify potential DevOps tools based upon your business needs.

Some are comprehensive and allow developers to build apps for multiple languages. Other important functions will include automated dashboards, ability to create automated workflows, customizable continuous integration, etc.

Currently, there are multiple DevOps tools in use differing in popularity among DevOps teams. These tools provide a certain level of automation for processes like coding, version control, testing, deployment, infrastructure monitoring, and others. The tools serve to create a single environment for the processes usually performed by development and operational teams separately.

The best DevOps tools lists mentioned in the Internet vary in ranking, with almost all naming GIT, Gradle, Jenkins, Docker, Kubernetes, Nagios, Bamboo, Elk Stack, Ansible, and some other at your choice. They have their specific designations, are open-source, distributed, and mostly free of charge. Of course, you have to gain some experience to select your perfect kit and use them. Meanwhile, Microsoft DevOps-ready tools may be a good place to begin. There are many benefits.

Again, choice of cloud platform is based on organizational needs, the tools that have been selected, and the needs for testing, deployment and automation.

Selection of a cloud platform may actually mean selection of more than one option – public, private or hybrid. And there are comprehensive platforms that can meet most business needs, are customizable, and that provide for scalability. This allows DevOps teams to begin with smaller and less critical migrations, learn from their experiences, and become expert.

Among the most popular, of course, are AWS DevOps and Microsoft Azure.

AWS: Amazon Web Services help enterprise teams practice DevOps with tools that automate traditionally manual tasks, and assist teams to manage development environments. Each AWS service is ready for use, and DevOps teams can use each one individually as needed or use AWS CloudFormation templates. AWS also partners with a lot of third-party tools and requires purchase of services only as and when they are needed.

Microsoft Azure: Microsoft has been years in software development and its cloud services reflect that experience. From quick start tutorials to integrated tools, DevOps teams will find Azure a comprehensive cloud computing service. The listing of products includes VM’s, App service, and container services. A full range of development tools include such as Visual Studio, Dev. Test labs, API management, and Xamarin.

Once the platform, tools, processes are identified and defined, DevOps teams can run a set of test applications through the process. This will point up any issues, and it will be important to get on those immediately and fix them. Fixing them may mean changes in tooling, test automation, human skill sets, and even to the process itself.

In terms of value delivered, agility and time-to-market have to be tracked. It is estimated that if a company’s DevOps process and decrease the time to release changes from a month to a week, the value will surely be significant.

Tracking performance through business intelligence techniques also allows the DevOps team to recognize what they are doing well and not – quality of code, integration success, testing error numbers, and overall operational success. The goal is continuous improvement of processes and automation tools.

DevOps in the cloud is no longer an option. It is what will keep a business competitive as it provides continuously improving customer experiences. Indeed, the case for DevOps, coupled with cloud technology, in digital transformation has been validated by the recent survey by InteropITX.com.

As a duo, DevOps and cloud computing offer much greater impact on businesses. They drive IT transformations that have a direct and positive effect on business goals – more rapid features delivery, stability of operational environments, better collaborations, and much more time to innovate.

If you are looking for professional guidance and a DevOps transformational plan for your business, Infopulse specialists would be delighted to assist you.

Recognized as the finalist of the DevOps industry awards in 2017, our team has helped enterprise clients in the banking, telecom, software and finance sectors to reduce product development costs and ensure more frequent product deployments with the help of DevOps tools and methodologies. You can get more insights from a dedicated video series here.

DevOps Practice in Infopulse: In Terms of DevOps Engineer 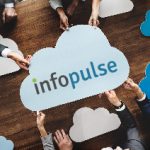 How Cloudification Will Transform Your Business
Read more 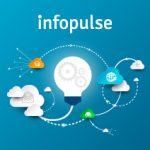 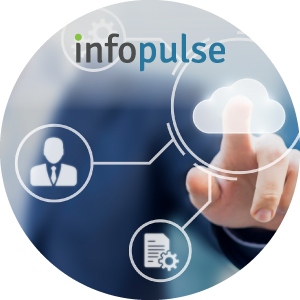 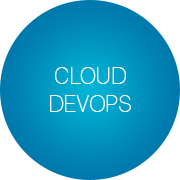