Originally published: September 24, 2020 Updated: May 06, 2022 8 min. read Digital Transformation Cybersecurity
With increased reliance on digital channels due to the pandemic, a lot of companies had to rapidly re-think their cybersecurity practices or even assemble new defense structures from the bottom-up. For organizations, moving their operations from offline to online for the first time, DDoS and DNS attacks will likely become the first critical security encounter.

What is a DDoS Attack?

DDoS (distributed denial-of-service) attack is a targeted action aimed at overwhelming a server, network, IoT gadget, service, or its surrounding tech infrastructure by directing high volumes of traffic towards the target. The end goal is to boggle the exploited system’s operations until it becomes inoperable.

Compared to other types of cyberthreats, DDoS attacks are easier and cheaper to orchestrate. Dark Web Price Index 2020 indicates that a 1-hour DDoS attack can cost as low as $10. On top of that, a lot of basic DDoS attacks are generated by amateurs who use variations of publicly available Mirai botnet code. To some extent, this is the reason behind the growing volume of DDoS attacks today. According to NetScout report:

How Does a DDoS Attack Work?

Here’s what happens during a DDoS attack:

Since each bot is hard to distinguish from a legitimate device sending normal traffic, identifying the early signs of DDoS attacks can be challenging.

While the basic mechanism of the DDoS attack stays the same, individual attacks can vary in the level of sophistication, depending on which layer of the Open Systems Interconnection (OSI) model they target, as represented on the infographics below. 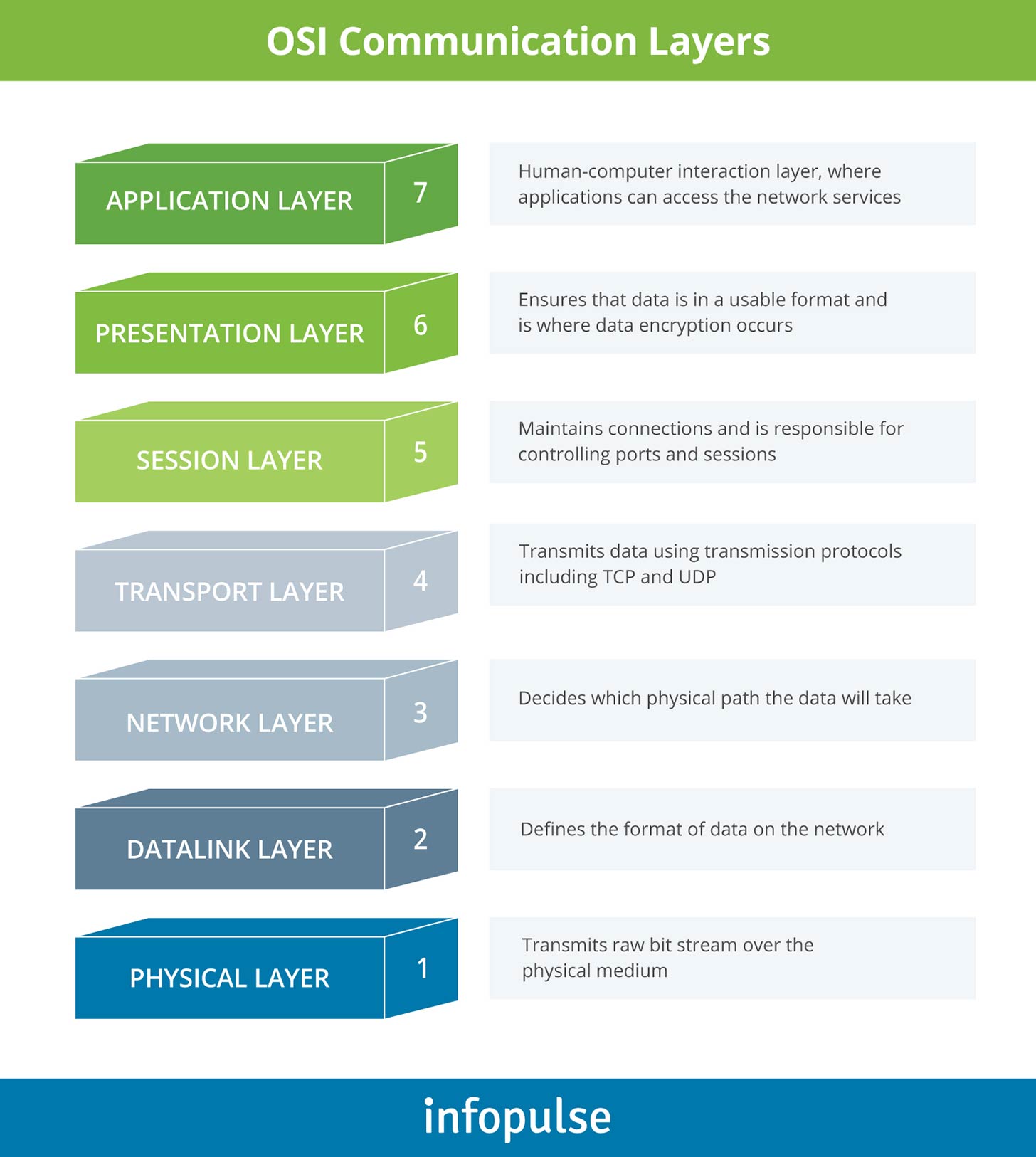 Let’s review some of the most common attack types.

Application Layer (Layer 7) attacks are targeted at overwhelming the layer, responsible for generating web pages on the server and delivering them in response to HTTP requests. The end goal is to deluge the server with a huge volume of requests per second. This type of attacks includes:

Protocol attacks leverage weaknesses in Layer 3 and Layer 4. Also known as state-exhaustion attacks, these malicious acts are aimed at over-consuming server resources and/or intermediate communication equipment resources such as firewalls and load balancers. Common types of attacks are:

Volume-based attacks attempt to saturate the bandwidth by sending large volumes of data to the target using a botnet. Popular attack types are:

Multi-vector DDoS Attacks feature multiple attack pathways, targeted at different layers of the protocol stack, to create an even greater sense of overwhelm and disperse DDoS attack prevention efforts that are thrown against them.

How to Stop a DDoS Attack?

Stopping a DDoS attack in its tracks is more challenging than preventing it from happening. However, if your systems are under ceasefire, our cybersecurity specialists recommend deploying the following response tactics:

How to Prevent a DDoS attack?

The best method of DDoS attack protection is proactive prevention. Remember: there are many amateurs among attackers and their actions can be easily counteracted with the appropriate IT infrastructure protection mechanisms in place. In particular:

What is a DNS Attack?

A DNS attack targets the availability and/or stability of a network’s Domain Name System (DNS) service to subvert the answers it is providing. In short, hackers attempt to deviate the incoming traffic from a legit resource towards a malicious property.

Since DNS is the underlying component for processing all Internet requests, DNS server attacks are rather frequent. According to the Global DNS Threat Report 2019:

As the data further shows, DNS attacks today are nowhere close to losing popularity. On the contrary, their level of frequency and sophistication keeps expanding.

The Most Common DNS Attack Types

Over the years, hackers have found different ways of tampering with the DNS records and exploiting flaws in the implementation of the DNS protocol among businesses. These actions result in the following types of attacks:

How to Prevent DNS Attacks

Similar to DDoS, DNS security should be proactive rather than reactive since most attacks come as a direct result of business negligence. To mitigate the risks, you should implement the following DNS security best practices:

Most DDoS and DNS attacks can be prevented with basic DNS cybersecurity measures that most modern web providers already have in place. However, if you are running large-scale digital operations and provide services over the web, treating DNS security as an afterthought can end up being a costly mistake, especially if you become the target of the attack.

Contact Infopulse cybersecurity specialists to receive a quick consultation on how you can improve your corporate security posture and become fully protected against all types of DDoS/DNS attacks.