Goal 9: To develop sustainable digital solutions for partners and clients

The main criterion for innovation projects is their viability. The real value of resources invested in the development of a country is revealed when a project remains productive and relevant for many years to come.

Infopulse is collaborating with one of the largest power generators in Asia, which focuses mainly on thermal power generation technologies aiming to achieve zero CO2 emissions from their global operations by 2050. The two companies are working on the concept of a Digital Power Plant aimed at optimizing the maintenance of the power generation plants.

Infopulse established a productive collaboration with Offshore Norge (formerly – the Norwegian Oil and Gas Association (NOROG)), a governing organization that connects Norwegian oil and gas sector companies. One of our recent projects was to create a virtual inventory management system aimed at reusing the equipment and reducing the ecological footprint, enabling green change through digitalization.

Infopulse collaborated with a Fortune 500 agricultural company to create a web application that digitizes the paper-based process of silage analysis conducted by thousands of promoters and sales agents, thus, reducing the paper usage and ecological footprint.

In 2015, Infopulse and Lviv City Council launched a Portal for Lviv Citizens for online access to administrative and electronic services of the city. While at that time it was already a widespread practice in European cities, Lviv was the first city in Ukraine to implement a local e-democracy portal with the help of Infopulse.

In 2016, Infopulse and the National Olympic Committee of Ukraine released the official mobile app Olympic UA. With this mobile application users could follow the latest news from the Olympics, receive push messages about the latest events, teams’ line-ups, standings, medals, photos, videos, schedules, and results, as well as participate in a lottery.

In 2017, Infopulse together with the Ukrainian Center for Education Quality Assessment developed the My ZNO mobile application that allows school graduates to access their cabinet within the External Independent Testing system. The application informs the users about the time and place of the test, synchronizes the data with the calendar, shows the test results, and saves them in the personal portal, etc.

In 2020, a group of KPI students, the company’s interns, university professors, and Infopulse mentors developed a website for the Inclusive Hub by Emmaus NGO to announce their projects, publish news, collect donations, etc. Vitalii Prytula, a student of Kharkiv Polytechnic Institute, took part in the development of the website, which was more than just a graduation project for him as Vitalii is also a boarder of Emmaus. As part of his collaboration with Emmaus, he made it to the internship at Infopulse and worked in a team of professionals for the first time. For Vitalii, the website for the Inclusive Hub became his graduation work. 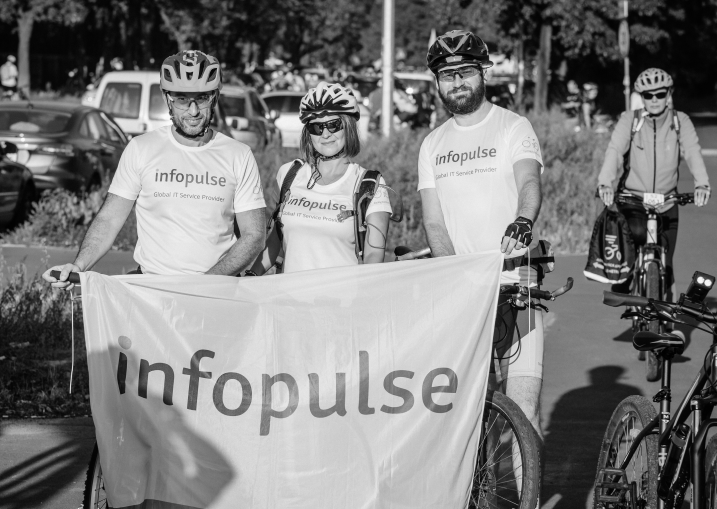 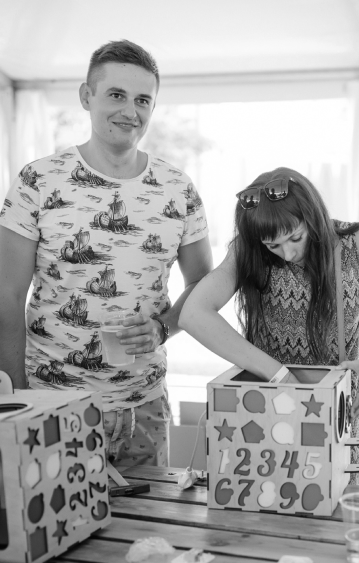 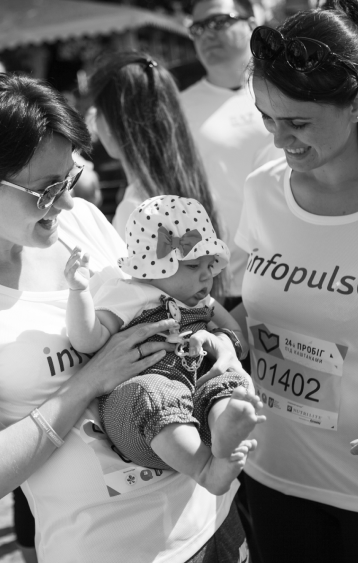 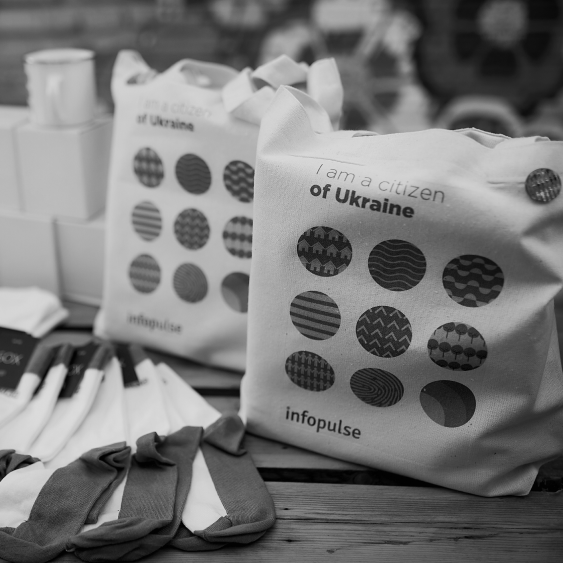 On December 6, Ukraine marks the Day of its Armed Forces. In 2022, the whole country and its citizens rely on the army’s success on the battlefield as Ukrainian superheroes do everything in their power and beyond to protect the motherland from barbaric russian invaders.

On the third Saturday of August, Infopulse joined the International Homeless Animals Day initiative. This is a great time to call attention to the problem of homeless animals worldwide and encourage people to adopt. We pledge to treat all living beings with respect and compassion on this day.

In 2021 Infopulse celebrated 30 years since its foundation. The company was born the same year when Ukraine gained its independence and economical freedom in 1991. For us, these two dates are inseparable: the more power and strength Ukraine gained, the more opportunities Infopulse had.

Standing strong with the Ukrainian nation, Infopulse continues supporting our local family of Infopulsers – immediate and extended one. At the same time, in these tragic days, our crisis response efforts go far beyond helping our teammates. Join us to become an ambassador of change!

Infopulse contributes to the fight against the Russian invasion

Ukraine's victory is only a matter of time as we are united by a common goal and fight for our freedom, bright future, and our right to live the way we see. Stay strong and believe in the Ukrainian army!

On 24th of February 2021 our country faced an unprecedented violation of all human rights by Russia, who unleashed a full military assault on Ukraine, invading the country from the east, north and south. ince the first days of war, we have been making efforts to, above all, provide support to our specialists.

The winter season is a time of wonders and hope. Here at Infopulse, we see holidays as yet another opportunity to contribute to this heartfelt atmosphere with charity projects. For the last few years, our company has implemented several CSR initiatives as a way to celebrate the winter holidays instead of sending out gifts.

We are proud to share our third public report, where we detail Infopulse’s further journey enhancing the local community and bringing value to the environment and people alike through sustainable business practices. As the world continues fighting the pandemic, Infopulse had its own share of challenges to tackle in 2020.......

Our company has a longstanding partnership history with “Krab”. Previously, Infopulse ran a number of charity activities with the foundation: the funds raised from our internal “Creativity club” project and Charity Cookie Sales were directed to purchase medical supplies for children fighting cancer.

As a socially responsible business, Infopulse has been actively involved in helping Ukrainian hospitals and medical staff fight the COVID-19 pandemic since March 2020. In the course of 10 months, the company has raised more than UAH 2.14 million to provide hospitals and physicians in 19 cities with medical consumables and protective equipment....

We have compiled an official statement on Infopulse business results, award-wining projects, achievements, recognition, corporate social responsibility, and other activities that took place in 2020.

This is Infopulse’s second public report where the company shares its achievements in the key areas of social responsibility: business, people, society, and environment.

On April 23, 2016, a Mini-Football Charity Tournament will take place at CSKA sport complex (Kyiv, Ukraine) as a part the regular yearly series of charity events. This annual tournament organized by the Ukrainian Down Syndrome Organization and supported by Infopulse, aims at raising funds for the early development program for the children with Down syndrome....

In the end of February 2016, Infopulse offered its help and support in digitalization of learning in Ukrainian town of Zolotonosha. The company helped to equip the facilities of Skliarenko Gymnasium in Zolotonosha and the Education Department of Zolotonosha City Council with 19 desktop computers.

Infopulse together with other international and Ukrainian institutions officially opened the Psychosocial Rehabilitation Center. Backed by the Federal Foreign Office of Germany, Kyiv City State Administration, Malteser International and Infopulse, this center will help the victims of the armed conflict in Eastern Ukraine.

Infopulse Ukraine continues supporting children welfare organisations that require help. This month, sponsorship was provided for the development of Go, a board game. The company was the title sponsor of the 4th Annual V.Tyshchenko Go Tournament held by Kyiv Go Federation. The traditional tournament is named after the outstanding teacher......

A year ago, in November 2010, the first Ukrainian Early Development Center for children with Down syndrome was opened as a part of corporate social responsibility project by EDB ErgoGroup together with Infopulse Ukraine. Celebrating its first anniversary, the Center held a press-conference on the results of its work and......